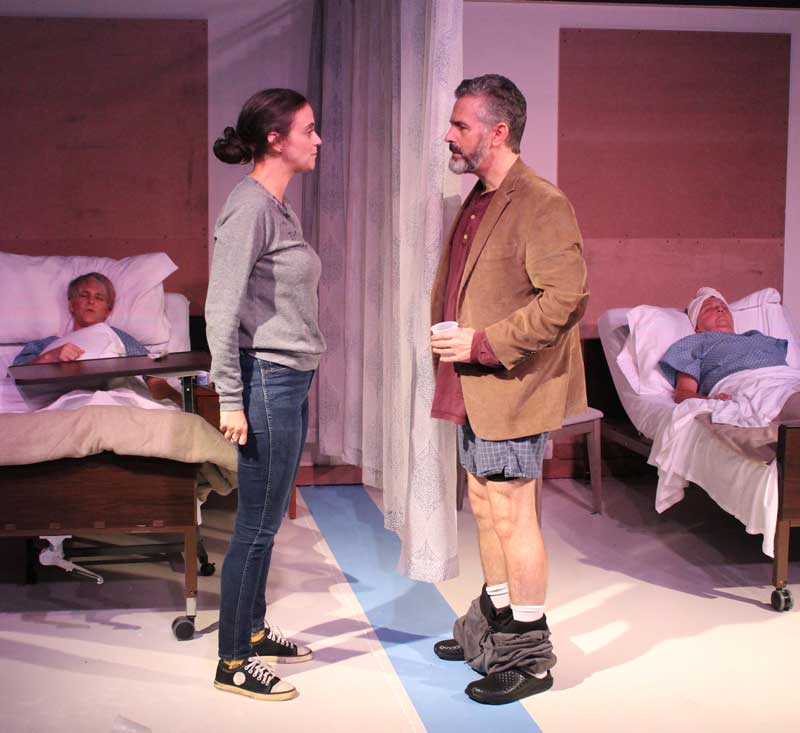 CORNELIUS, NC: Join the Warehouse Performing Arts Center (WPAC) as they kick off their 10th Anniversary season with A Funny Thing Happened on the Way to the Gynecological Oncology Unit at Sloan Kettering Cancer Center in New York City, a play by Halley Feiffer.

A foul-mouthed twenty-something comedian and a middle-aged man are brought together unexpectedly when their cancer-stricken mothers become roommates in the hospital. Together, this unlikely duo must negotiate some of life’s biggest challenges—while making some of the world’s most inappropriate jokes. Directed by WPAC Artistic Director Marla Brown, and starring Lake Norman favorites Joanna Gerdy, Karina Caporino, and Bill Reilly, this piece is sure to entertain. 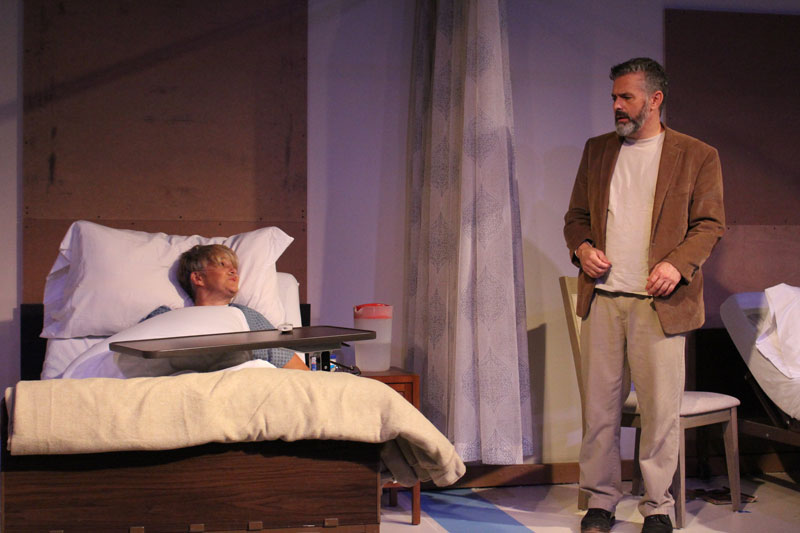 The show runs at WPAC from September 20th-29th, then transfers to the Knight Gallery in Spirit Square October 3rd-5th. Seating is limited, but seating can be reserved by visiting www.warehousepac.com or by calling the box office at 704-619-0429. Doors open 30 minutes prior to show time, and tickets are $20 for adults and $15 for students and seniors. The show contains adult themes and language.

The Warehouse, a nonprofit 501(c)3, was started in 2010 and is currently celebrating its 10th Anniversary season. The company is managed by Marla Brown, Jessica Zingher, and Marshall Cesena. It produces six shows a year and, in addition, facilitates other theatre companies as well as musicians, cinema viewings and literary performances by groups like Charlotte Writers Club.

“It’s a small venue, but that’s how we like it. We pride ourselves on being able to produce professional level theatre in an intimate space,” says Marla.

All of their actors and artists are trained—and paid—and their ability to deliver stellar performances in a space like this is precisely why audiences love what they offer: theatre up close and personal.

Programming wise, the Warehouse team produces shows that are current and active in the national professional repertoire—Broadway & Off-Broadway award-winning plays, as well as new works by underrepresented voices. They provide access to significant plays often not produced in suburban areas. The goal is to connect Lake Norman to fresh, cutting-edge theatre. Simultaneously, they ground their work in the community, engaging local, professionally trained artists from the larger Metrolina area.

LKNConnect.com announces at ribbon cutting that it’s preparing to launch an online marketplace

HHealth and WellnessSAFETY: Healthy Heart Month May Be Over But It's Still A Great Time To Learn CPR
LLifestyleAdopt A Pet – Tyson
HHealth and WellnessRESILIENCE: Self-Love - It's An Inside Job
LLifestyleBEAUTY: Lash Extensions – The Perfect Way to Look Your Best While Wearing a Mask
LLifestyleThis Weekend in Lake Norman - February 26th - 28th: Weekend Music Around The Lake