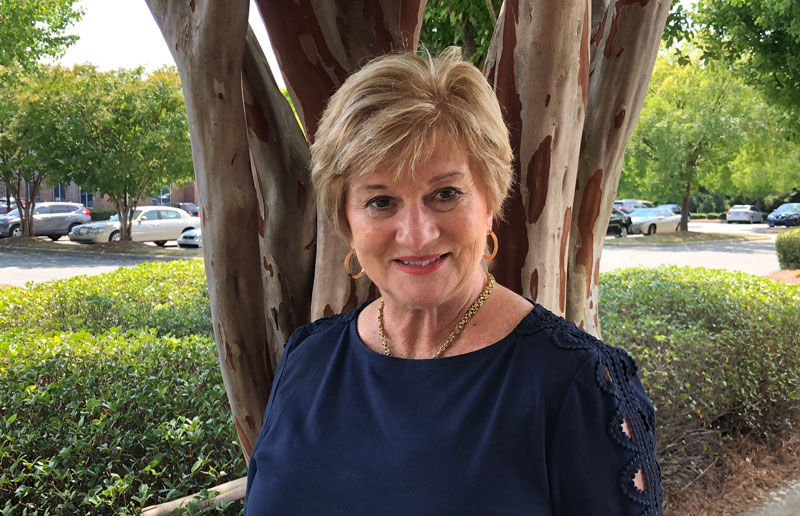 A Conversation with the First Lady of Cornelius

Recently, I had the opportunity to sit down and chat with the First Lady of Cornelius, Sharon Washam. As Mayor Woody Washam’s wife, she is busy every day helping him coordinate and attend the events on his schedule.

“I’m with him, no matter what—I love it much as he does.” 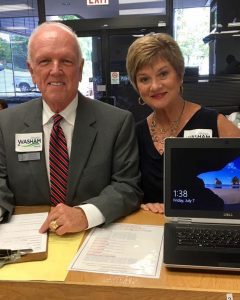 Mayor Woody Washam and wife Sharon, filing the paperwork to run for Mayor of Cornelius.

Every mayor in Cornelius is a little different and Sharon is Woody’s campaign manager, event scheduler, and on occasion will give him advice. (“When he will listen to me,” she quips.)

In addition to coordinating family scheduling with the schedule for the mayor’s events, she organizes fundraisers during campaign season. She is active on Facebook and other social media. If there is something going on in town, she’ll shoot him an email to keep him up-to-date.

What does the First Lady do? 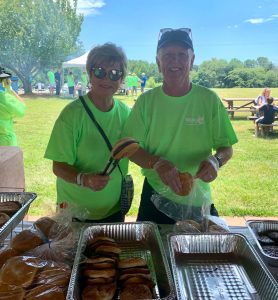 Sharon and Woody Washam serving food at Big Day at the Lake.

She attends many events on the mayor’s behalf; especially if the mayor has simultaneous events in his schedule. Lake Norman Chamber of Commerce, Cain Center for the Arts, Rotary and other civic/neighborhood events to name a few. She also attends Town Board meetings or listens to the live video stream.

Supporting charities in the Cornelius and Lake Norman region

Sharon is a strong supporter of several charities in the area—either volunteering and/or serving as a board member. She has been on the board of Little Smiles since Day 1 which is over 10 years ago now. She also participates in the Peninsula Foundation, Hospice, and Ada Jenkins.

“Whatever it takes, whatever they need.”

Sharon and Woody are also active in Mount Zion United Methodist Church in Cornelius. She is on the Board of Trustees. She has worked in the nursery and taught Vacation Bible school. Woody is the organist and she is the wedding coordinator there.

While Woody was born and raised here. Sharon is from Booneville in Yadkin County. Her Mom still lives there. She’s 97 ½ and doing well. Her Dad passed away about 2 years ago at 91.

As Sharon thinks about being raised on a tobacco and dairy farm. “I’m very independent myself,” she says with a smile. She is sure that she got her independence from her parents. As a child, she was active on the farm and participated in 4H showing the family’s cows.

Sharon has been in sales and marketing for most of her career. Starting as an executive secretary, she quickly moved into marketing. She has worked for Ingersol Rand, BR Lee Industries, and spent 25 years with R-Anell Custom Homes.

Sharon is a member of the Speedway Club and is passionate about NASCAR where she once worked in the pits, scoring the car for Hoss Ellington Racing. 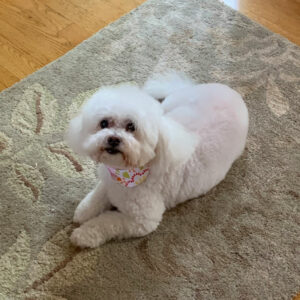 She loves animals. They have an adorable, little dog—Sophie Lynn, a bichon frise. Both of them consider Sophie Lynn their mascot and sometimes take her to the polls.

Just like every other great First Lady, Sharon loves entertaining. They do have a house full when all the family is home, with Woody’s son, daughter, and six grandchildren. Whether it’s friends, family, or politics, Sharon is the warmth and welcome that keeps everyone coming back to Cornelius, every time.

LKNConnect.com announces at ribbon cutting that it’s preparing to launch an online marketplace

Stop. Take a Moment and Give Blood. LKN Community Blood Drive This Thursday!