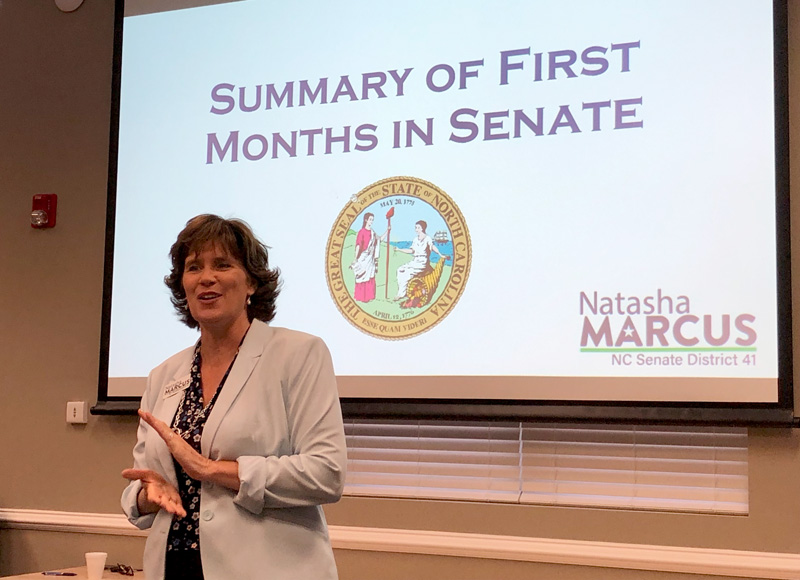 CORNELIUS NC: Friday, July 19th, the Lake Norman Chamber of Commerce Focus Friday featured NC Senator Natasha Marcus (District 41) and NC Representative Christy Clark (District 98). Both of them gave an update on what happened in the legislative session this year. The program was presented by Novant Health – Huntersville Medical Center and sponsored by Business Today / Cornelius Today and WSIC 100.7 and 105.9 FM. 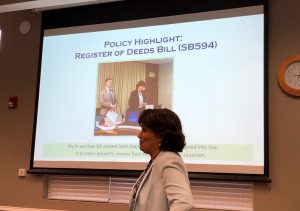 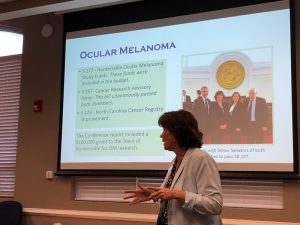 Senators from both parties worked on S277 Huntersville Ocular Melanoma Study Funds. These funds were included in the budget. S297 Cancer Research Advisory Panel. This bill unanimously passed both chambers. S479 North Carolina Cancer Registry Improvement. The conference report included a $100,000 grant to continue the Ocular Melonoma study, her predecessor sponsored the bill for the first grant to study the problem. 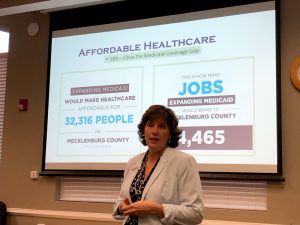 “Expanding Medicaid is a no-brainer answer to the healthcare crisis.”

Senator Marcus explained that expanding Medicaid would not increase our taxes because North Carolinians already pay federal taxes. The expansion is coming out of federal taxes which means that North Carolina is subsidizing other states by not taking advantage of these funds. Expanding Medicaid would create affordable healthcare for over 30,000 people in our state. In addition, it would create over 4,000 new jobs. Her last point was that insuring more people would bring the rates down for the privately insured as well. 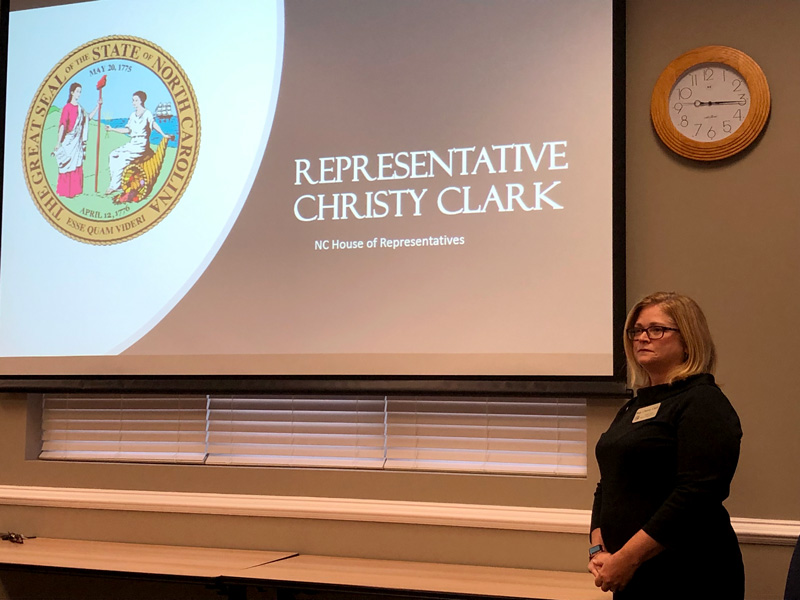 Representative Clark sponsored many bills that are relevant to the Lake Norman region. She is determined to continue the fight to obtain magistrates for the Northern part of Mecklenburg County (HB317). She has worked to clear roadblocks to I-77 toll relief (HB441). She was part of the group that obtained the Huntersville Ocular Melanoma Study Funds (HB640). Representative Clark sponsored an amendment to the budget for the MPO (Metropolitan Planning Organization) and RTPO (Regional Transportation Planning Organization) Study. 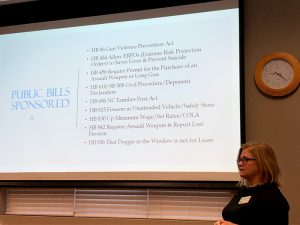 Representative Clark sponsored bills about preventing gun violence (HB86, HB456, HB842), upping the minimum wage (HB830), and bills supporting families (HB696) among others. The most unusual bill (HB856) was entitled “That Doggie in the Window is not for Lease”. This bill addresses incidences in North Carolina where people selling pets were actually deceiving people into thinking they had purchased an animal. The animals were being leased and then reclaimed at the end of the lease period. She also shared with everyone present that it is now legal for a citizen to remove a political sign 30 days after the election. (Prior to this bill, it was a misdemeanor for any citizen to remove a political sign, even after an election.)

Summary of work this session 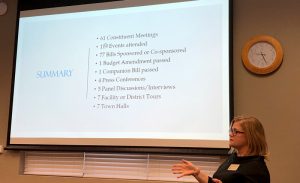 Representative Clark in her first session, had 1 budget amendment passed and 1 companion bill passed. She wanted to emphasize that even though her name is not on bills, she was able to discuss Lake Norman region concerns with other representatives and advocate for her constituents.

Next Focus Friday’s topic is education

August 16th, 8:30 am to 10 am in the Randy Marion conference room at the Lake Norman Chamber of Commerce.