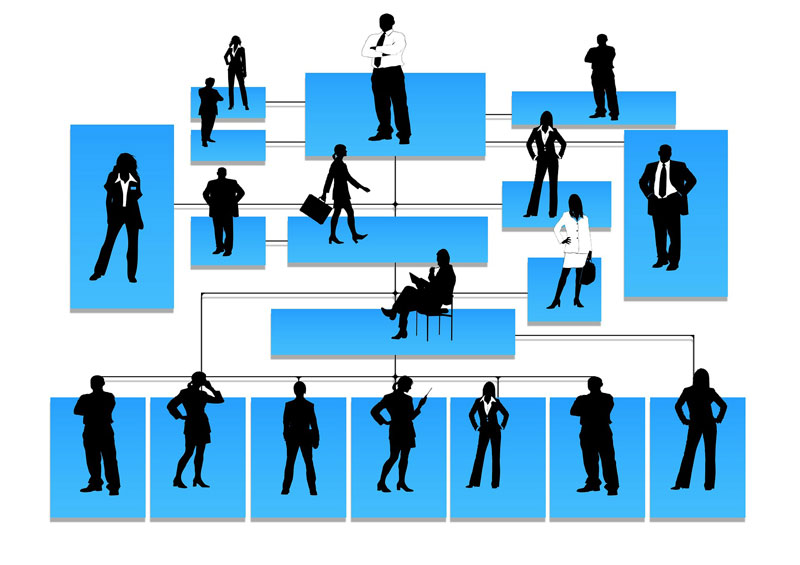 Most small business owners don’t go off and start their own commercial enterprise because they have a thirst for power and world domination. In fact – many entrepreneurs have found they have a good skill or product and want to make the most of it without having to work in a constraining hierarchical structure. Too often a hierarchy at work can cause tensions, conflict, and inequity.

However, the fact that hierarchies have existed for millennia is an indicator that they can be a force for good — if teams are structured well and led by a skillful leader. If you are leading an organization, these insights can help you avoid the pitfalls of toxic power structures.

The benefits and drawbacks of hierarchy at work

The basic function of a hierarchy is to allow us to make sense of the world, simplify information, make decisions and act on them effectively. Done wrong hierarchies can create a competitive, tense, and unfair environment, riddled with rivalry and conflict. A hierarchy can sometimes silence opinions and creativity. According to a 2012 study, when leaders have more power, they end up talking more, they are perceived as less open, and people do not speak up. Employees are less likely to voice opinions and to be creative.

TIP ONE: Build hierarchies based on expertise. 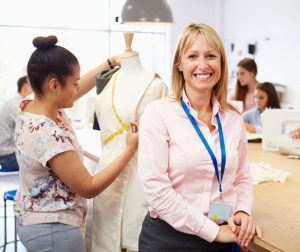 We need people in leadership roles who have the most experience about what the organization is doing. The CEO may not know as much about sales as the chief of marketing, but the CEO knows more about the company in its entirety. And she understands enough about sales, finance, and marketing to understand what the people underneath her are working on.

In fact, the most important area of expertise is people skills and knowing how to manage others. If the leader does not have the most expertise, performance suffers. Or you get “shadow hierarchies” that emerge and start to overthrow the main hierarchy, disrupting the stability of the organization.

One of the best ways to combat feelings of resentment and inferiority in a hierarchy is to give people power within their own domains — to allow them to specialize and have areas of clear responsibility. Well defined job descriptions are a critical tool for establishing areas of ownership and responsibility and setting requirements for skills and experience needed.

Delegate responsibility and then do not steal it back.

TIP THREE: Create a triangle rather than a ladder. 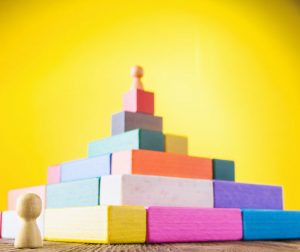 A hierarchy can take the form of a ladder or a triangle: a single line of people with less and less power, or a pyramid where lower levels get wider and wider.
Teams with a clear rank order tend to have lower-quality relationships than teams with a triangular hierarchy.

In a triangle, where lower levels are larger, people can offer social support to each other. Employees will end up focusing less on status and power when others are at the same level as you. 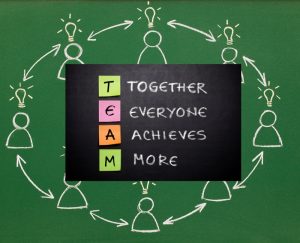 The most effective hierarchies are the ones with a short distance between top and bottom, both objectively and according to people’s perceptions. Effective teams have hierarchies but do not always feel hierarchical — leaders can make the team feel “flat” by encouraging input from every team member.

At its core, the issue of hierarchy within an organization is about accountability. Without an established structure and clear directions, it is harder for managers of all levels and employees to perform their roles efficiently.

A hierarchy establishes protocol that informs everyone within the organization on how to address issues that affect the company. For instance, having a hierarchy holds a floor manager accountable for the performance of the employees under her or his supervision. In turn, the floor manager must report to a higher-level authority who assesses her/his work performance based on the results produced by line employees. Accountability is built into the job descriptions and the performance review process. 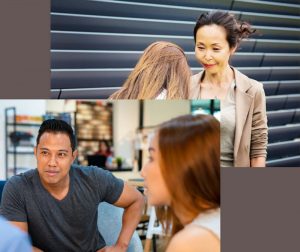 Even when hierarchy exists in your workplace, it can be more or less tangible at any given moment. The best leaders know how to step back to listen with humility, letting those with the most expertise have their say, and step forward with confidence when decisive action is needed.

Rather than ruling with an iron fist, they use their position to bring out the best in others and help achieve good outcomes for their employees, the organization, and the people they serve. 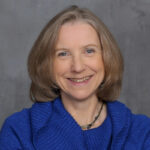 Kate Wells is an experienced small business owner and HR expert. She works as Chief HR Officer for small and startup businesses who need HR expertise without the HR employee overhead. Her greatest joy is in setting employers and employees up for success. Knowledgeable in the ways of business and people she is a consultant who rolls up her sleeves and gets stuff done, while also acting as a trusted sounding board and resource for business owners. Kate has two adult daughters, a lifetime sweetheart, and enjoys hiking, road biking, learning, reading, jigsaw puzzles, and the sound of wind teased aspens.

Human Resources: Substance Abuse Is On The Rise – What To Do In The Workplace

Human Resources: Ten Tips for Good Leadership and To Improve Your Bottom Line

ASK ALAN: How to Save Your Favorite Service Organization Part 2 of 2

ASK ALAN: Why is Your Favorite Service Organization Going Out of Business?